Protecting a refuge of coldness

This probably isn’t news to most readers, but our winters aren’t as cold as they used to be. Scientists who recently examined 100 years of winter temperature and precipitation data from weather stations across the Northeast found clear indications of that fact.
They noted, for example, that there are now fewer days when daytime temperatures never go above freezing; fewer days when nighttime temperatures dip below freezing; and fewer days when temperatures sink below 0 F. They also concluded that the cold period of the year is now three weeks shorter than it used to be.
For some of us, that’s something to celebrate. Fewer days of mind-numbing cold, snowy roads and frost-covered windows are a welcome respite from our winters of old. But not all creatures would agree.
Snow cover provides an insulating blanket on top of the soil, keeping it from freezing too deeply and enabling some soil processes to continue unabated. Snow cover also provides important wildlife 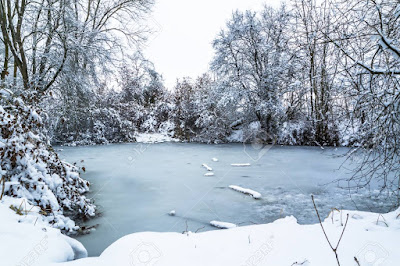 habitat for many small mammals that create hidden travel corridors between the soil and snow layers. Shorter winters with fewer cold days also mean that disease-carrying ticks and invasive mosquitoes can expand their ranges northward, and more tree-killing pests will survive the winter.
These revelations made me wonder whether it might be worthwhile to identify and protect refugia of coldness, places where cold-loving species can thrive. Are there locations on the landscape that are more likely to retain cold conditions and snow cover for longer periods? Can we manage a few nooks and crannies of the Ocean State as islands of coldness?
It may sound at first like a strange concept, but it’s worth considering. If we want to continue to have black spruce trees in Rhode Island, for instance, we may need to preserve a few pockets of coldness. We’re at the southern end of the range of this cold-loving conifer, and as temperatures warm, the local conditions will likely soon become inhospitable to its growth.
There are bound to be other species whose survival may be compromised by a reduction in cold conditions. A scan of the Rhode Island Natural Heritage Database would probably find other species that are barely hanging on in the state and may be pushed over the edge by too much winter warming.
Identifying refugia of coldness shouldn’t be too difficult. Television meteorologists often mention the coldest places in the state during their forecasts, places like the valleys and north-facing slopes in the northwest corner of Rhode Island. There are plenty of cold pockets and frost hollows elsewhere in the state, too, locations where the first frost comes days or weeks before sites nearby.
My friend David’s house in Wakefield is one such place. It sits in a broad valley where cold accumulates, and on some chilly mornings when he leaves his house and drives up a short rise in the road just past his driveway, he experiences a noticeable temperature increase.
Someone with expertise in Geographic Information Systems would have no difficulty identifying other such areas. These sites don’t necessarily have to be the coldest places in the state, where the lowest low temperatures occur, however. It may be useful to also identify those places defined by temperatures that are simply less warm than elsewhere. Either way, it would be a worthwhile exercise, even when there are plenty of other factors to consider when deciding what lands to preserve.
For it’s easy for humans to come in from the cold, but harder and harder for some species to find enough of it.

This article first appeared in The Independent on Feb. 6, 2021.
Posted by Todd McLeish at 8:51 AM